What is a Western? Interview Series: Telling the Untold Stories of Contemporary Native America  | Autry Museum of the American West

What is a Western? Interview Series: Telling the Untold Stories of Contemporary Native America

Autry curator Josh Garrett-Davis interviews Arigon Starr (Kickapoo Tribe of Oklahoma) about placing Native stories in the modern West and using humor to address important issues. She discusses her influences as playwright, musician, and graphic artist, along with her hopes that other Native artists will have the opportunity to tell some of their “50,000 untold stories.”

What is a Western? Interview Series: Telling the Untold Stories of Contemporary Native America

Native Voices Presents: The New Adventures of Super Indian Created and written by Arigon Starr (Kickapoo Tribe of Oklahoma) based on her popular graphic novels, the story unfolds over three audio episodes that tell the comic exploits of Super Indian and the residents of the fictional Leaning Oak Reservation.

Indians for Indians This groundbreaking radio show, created by Don Whistler, then principal chief of the Sac & Fox Tribe, has many episodes preserved in the Western History Collections at the University of Oklahoma Libraries. While Arigon Starr and her family had to listen to the archive on cassette, you can now listen to newly digitized archives online.

Autry Artists Salon: The Power of Images, Super Indian, and Native Representation A special salon with DeLanna Studi, the Artistic Director of Native Voices at the Autry, and Arigon Starr, playwright and renowned comic book writer whose work includes Super Indian. Moderated by Liza Posas, Head of Research Services and Archives at the Autry, they discuss the creation of Super Indian and the importance of having a Native superhero and touch on the Native Voices archives.

Blazing Saddles (1974) Perhaps the most famous Western parody, this classic includes Mel Brooks himself playing a stereotypical Hollywood Indian speaking Yiddish, among hundreds of other off-color jokes, ultimately with a message.

Super Indian Comics Vol 1 and Vol 2 Want to stay on the Leaning Oak Reservation beyond the radio episodes? Add these classic comic books to your shelf.

Red Planet Books and Comics This Albuquerque shop is a landmark for Native American comics, genre literature, and other items, founded by Lee Francis IV, PhD (Laguna Pueblo). Visit them online for all your Indigenous comic book needs. 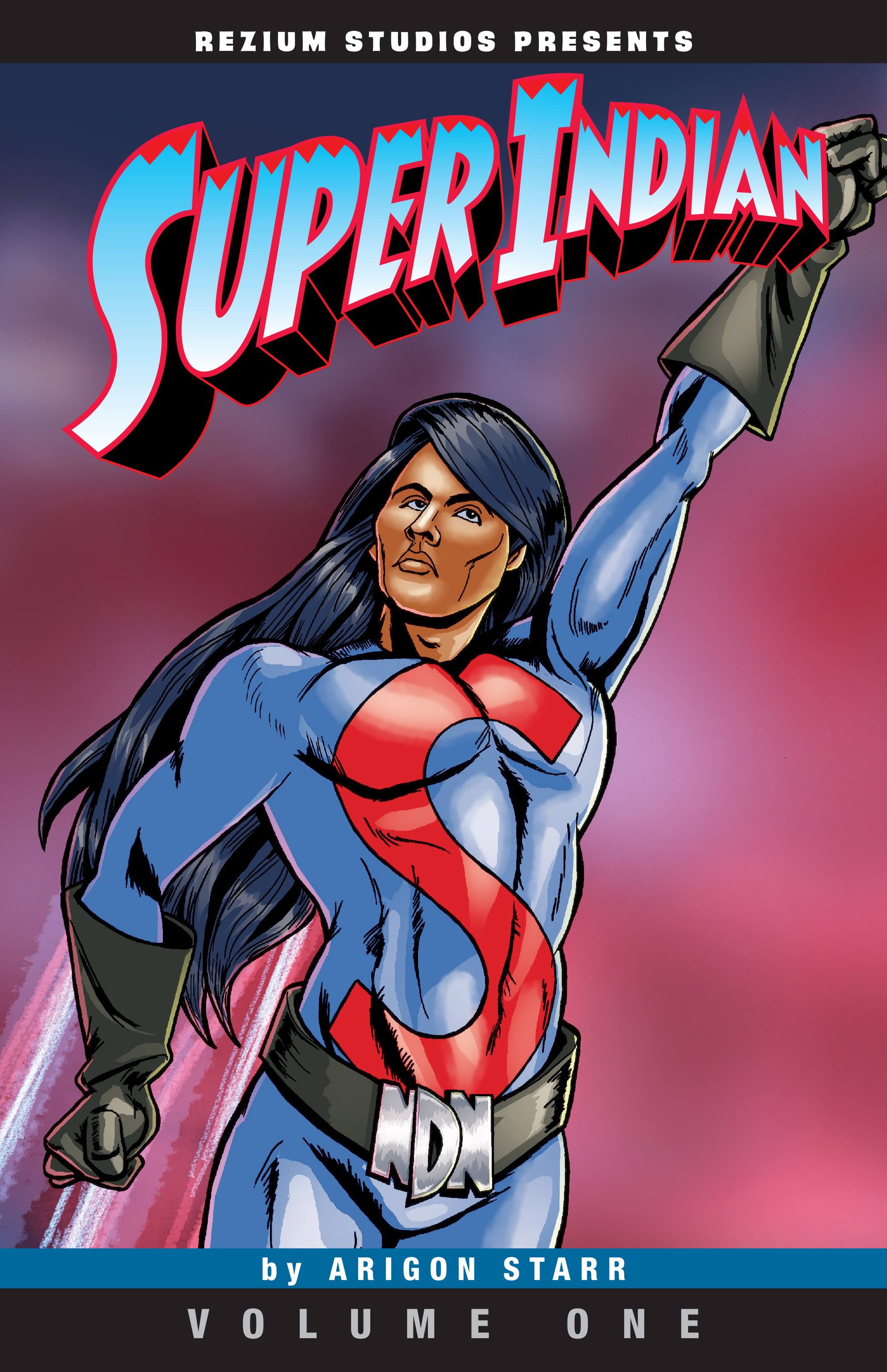