Upstream belongs to my series called The Legend of the Koi. The work is a loose interpretation of an ancient Chinese tale about perseverance and transformation. Legend is a story about a school of fish that are swimming upriver. They encounter a large waterfall and the majority turn around discouraged. A small group continues against the current, undeterred. After 100 years of attempts to surmount the waterfall, one fish makes a heroic leap to the top and is turned into a dragon, a symbol of power. The story reflects my background as a Chinese American and parallels the Chinese American experience of assimilation. The water is a key element in this tale. The fish is dependent on the water for his survival, despite it originally being an obstacle to him. The fish’s ability to ultimately benefit from this obstacle is a nice analogy for our need to find sustainable ways to grow, and in the end, thrive.

My illustration shows the history of a village looking to art, books, myths, and fables to give life to the grand heritage that the pioneers left when they founded this land. The traditions and roots that remain and are led by generations in family, nature, and animals recreate the magic and the myths. It remains as a reason to tell the legends embedded within tradition.

By contrasting elements of invented urbanity with elements of nature, I hope to draw attention to the reality of our collective footprint on the environment. I utilize tropes from art history, science fiction, and my experiences living in California to reference places both real and imagined. I reference art historical movements such as the Hudson River School of Painting to allude to a changing contemporary view of nature.

Coyotes have been native to the West for centuries. They have endured and even thrived in the face of industrialization. I believe it is not bold to say that their amazing ability to adapt makes them a lot like us. Encroaching urban developments helped shape a different lifestyle for coyotes, utilizing washes, alleyways, and even subway trains. The hunting of small pets and trash can raids have been blamed on these creatures and other wildlife, but who can blame them when it is we who have indirectly forced them to change what they eat and the way they live in the modern West? Coyotes have become the nomads of Western urban wildlife, subject to human violence and admiration alike. Peace between us can only be found when we as humans see coyotes as our neighbors.

The Poetry of the Earth by Daria Nakelska

With my piece I wanted to convey a message of people becoming one with nature. A bond between humans and nature is a bond that has existed since the beginning of our time and has since then been forgotten. With time we have forgotten that nature, like a mother, used to nurture and shelter us. Today it seems we are more astonished with our own creations than the creation we are a part of. My work is a message of entwinement and absolute harmony.

My work encompasses the natural world mixing with mythology and cultural storytelling. I am interested in the ever-changing terrain that humans have manipulated into our habitat. Our species has introduced, depleted, and relocated other life beings to the point that we now have to manage and maintain the planet in what “we” view as balance. Recently, I have become even more dependent on the rural landscape by raising livestock, hunting, and just being outdoors for art inspiration. Because of this I was able to see more clearly the natural world and its evolving existence. I wanted to document it and send a message that nature and its beauty should be protected for future generations. This image is from the sculpture Reclaimed that I made this past year. The work that I create depicts nature moving back into the area where is once thrived. We as Californians need to look, realize, and help the native plants and creatures repopulate the same space that humans live in order to have a healthy landscape.

The Gift by Susanna Negrete

A healthy landscape is a treasured gift to all who live there, and nature cannot do it alone. Traditional ecological knowledge then becomes the point of reference, which cultivates wisdom on a personal, tangible level. It is the foundational framework we can work with, with our own two hands, in our own backyards and most definitely, at our own pace as we learn how to be better stewards of the region where our own lives are rooted.

In April 2016, the Autry invited artists to create original works of art that comment on the ongoing interconnection and collaboration of Californians with the natural environment. A selection committee evaluated the eligible submissions on the basis of artistic merit, connection to the theme, originality, and ability to translate to a large banner format. 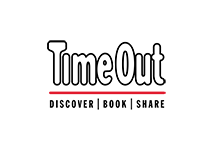 The Historic Southwest Museum Mt. Washington Campus will be temporarily closed to the public until further notice.