A Note About Tribal Affiliations

Native American tribes are known by many different names. Often, the most familiar name is not what a tribe calls itself. For example, although Navajo Nation is the tribe’s official name, its autonym is Dine, Diné, or Dineh, and artists might opt for any of these terms. Some tribes have changed their legal names to reflect the names used in their own languages. Native artists carefully choose how they wish their tribal affiliations to be listed so as to reflect history, geography, culture, and other important aspects of their identities.
The American Indian Arts Marketplace is a showcase for artists from over 40 Native tribes across all of North America, including from our own state of California. Like all other tribes around the country, California’s tribes have a tragic and tumultuous history. In the 1950s the federal government’s continued attempts to force assimilation on the entire Native American population resulted in the termination (i.e., loss of federally recognized status) of more than 109 tribes. In California, this came about through the Rancheria Act of 1958, which resulted in the termination of the federal status of 44 Indian tribes.
Some artists here today are descendants of California tribes that are not currently recognized by the United States federal government. Those artists will be identified with an asterisk (*) following their tribal affiliation. We encourage you to meet these and all of the artists here today to learn more about their cultural identities and rich histories. 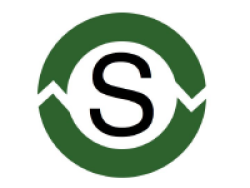